Day 4: Getting ready for Battle

First up!  Matthew Henderson and Devin Hinchey on the courts court against the home crowd favourites El Salvador's, Israel Ernesto Abrego and Juan Pablo Mejía.  So far the loudest audience support has been for El Salvador.  Is it a fair advantage when the audience buys local whistles and horns to cheer for the team?  I don't know but it does make for an exciting match.  Although we did take a little wind out of their sails as they banged the benches BANG-BANG-BANG SAL-VA-DOR, BANG-BANG-BANG SAL-VA-DOR, which we promptly followed up with one loud CA-NA-DA, which in their surprise they laughed then went shhhh! With the atmosphere set Matthew and Devin had a big road ahead of them.

We started our match at 12:45 and played a long tough match with Devin on the forehand side and myself on the backhand side. The home team, El Salvador were a strong and patient team with a loud crowd cheering them on. We tried our best to make it to the finals but they stopped us after two games. The games were close and intense but the tin got the best of us. We were disappointed with the loss but are very happy with a bronze medal!

After our match this morning we recovered beside the pool then had the opportunity to go up a near by volcano. This was an awesome sight; this massive volcano took us 20 min to drive up to its steep winding road to an elevation of 1800 m. We got to see the awesome views down 500 m to the bottom of the caldera and also talked to the locals who had little tourist shops set up. All in all the day was awesome! Even with the unfortunate loss to El Salvador we still got a bronze medal in doubles and visited one of the highest points on the island. 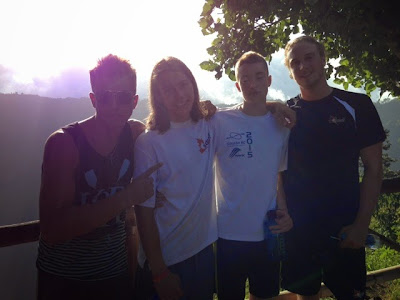 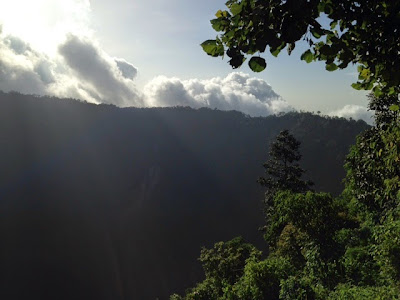