Today we started the day with a even earlier match then yesterday. We played Guatamala at 8:15 with David ( our number one) still feeling sick. So Devin started us off also feeling very sick but finished strong with three to one victory. This was a special win for him because it is the very last junior squash game/event he will ever play. Next up we had Matt playing in position one. He was a little nervous again playing in position one but he finished strong with a very close three-two match. To finish us off we had Stefan take down Guatamala's number 2 in a quick, but close match. 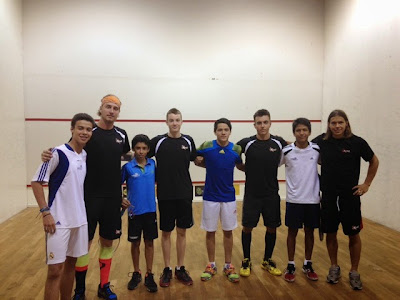 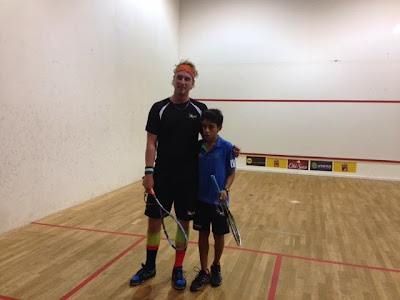 After our match this morning Devin starting feeling even worse but David started to feel better which was both good and bad. So for our final game against Paraguay we put David back at number one, myself at number 2, and Stefan at number 3; we gave Devin a well needed rest. Even though David was not feeling to good, he managed to take down Paraguay's number one in three very close games. Stefan won his game in three very quick and not so close games. I finished off winning my last match in four games. It was a very good match with a very respectful opponent. 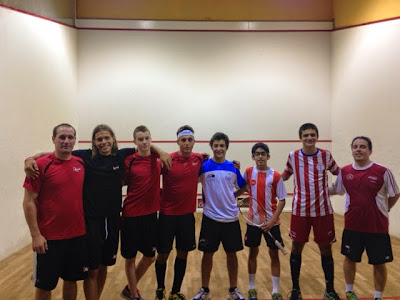 We are done ! We will have closing ceremonies tonight with all the medals and awards. But before the medal ceremony we will take one last swim in the pool.  This trip has been an amazing experience and tons of fun; so thank you all so much for this amazing opportunity! There will be a couple more posts with more pictures and a summary of the trip as a whole, maybe some behind the scenes excitement. so stay posted. 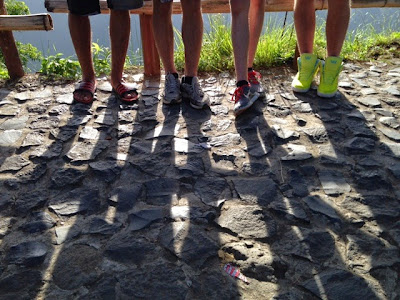